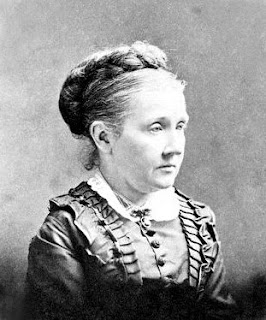 The colorful past of South Boston is ever present. The area is a virtual treasure trove for history buffs and anyone curious about previous inhabitants and the events that shaped their lives.

One of South Boston’s most illustrious residents of the 19th Century was poet and social activist Julia Ward Howe (1819-1910). An influential leader in the women’s rights movement, she lived in South Boston with her husband and children during the 1840s. Author of the “Battle Hymn of the Republic,” she is also credited for having spawned the idea behind the event we now celebrate as “Mother’s Day.” In her “Mother’s Day Proclamation,” written in 1870, she made an impassioned plea for women to band together to help end war.

An interesting aside is that Julia Ward Howe’s husband, Dr. Samuel Gridley Howe (1801-1876), was among the founders and served for many decades as director of the Perkin’s School for the Blind, where famed author Helen Keller (1880-1968) later received her education. From 1833 to 1912, the school was located in a large building that had once been a hotel, near Perkins Square and East Broadway. (Sammarco, Anthony Mitchell; Rosenberg, Charlie. Images of America Series, “South Boston.” Dover, New Hampshire: Arcadia Publishing, 1996.)